I need to know who adopted pups from these litters and still wants them. If you wanted to move a pup to these litters, that would be fine, too.

Soultouch - I will probably be moving Mata Nui to the Anklebiters, but I'd like it if at least one pup survived, but ONLY if you're really interested in a new character, for obvious reasons. It'd help keep my baby happy but I don't want them to just be "there" to help him feel better.

Moze- I think I adopted out a third pup... The rest will die in a plot.

Kitanda- if Nini agrees, I'll either introduce her pregnant, or we can play it out... I've lost motivation so if only Youssy wants one, the others won't survive.

Sevuela- I'm keeping Sev. I think I adopted out some pups. It'd be cute to play out but not if I'm forcing people to adopt.

Kaina- her litter is very special, and has a plot. I don't want to push them on you, but if no one wants them, I'll just introduce her as being heavily pregnant.

Any others? If there's a pup or other relationship to my characters you REALLY want to play, don't be afraid to ask! I have a lot I'm getting rid of that I'd be willing to swap in. I can at least have the pups be born before my kat vanishes.

Soultouch - I adopted Tiptoe and I was going to probably disperse him (before I even got to play him) but I wouldn't mind making an effort to play him. The only thing is I never really came up with a personality or any plans for him or anything. So that makes him a blank slate, but also hard to justify keeping around. If we can figure out something I'd keep him around.

Moze - I plan on keeping Chickadee around at least for the time being.

Kitanda - if no one else wants her pups, then I'll let go of Sassy. I only really wanted her because 1. it would be a cute idea to have a Homeward Bound litter and 2. because I wanted a Kitanda pup, duh. But if Night and Pancake aren't interested any more then we can just scrap the idea.

Kaina - did she not already have her litter? I think I played Zaina for a couple posts on the old site. Or is she pregnant again?

I was also thinking about keeping Andra, the Shadow Death pup.... I think her mother was Nebula? I don't remember for sure... Or maybe Bohrok? I don't have any plans for her, but I was pretty excited to develop her personality. I could always just have her appear in the RP some other way, but I was giving you the option of having her be connected with her mother somehow.

The good news with Tiptoe is that both parents were very developed. And Mata Nui has genetics leading to Makuta and other rough edged characters... And you can have a shiny furred pup (though until his adult coat grows in, it probably won't show.). And there's lots of plot opportunity.

Moze will coddle and cling to her pups, like Mozart on steroids xD

It's more the theme I'm not sure about... I'm all for Kitanda getting pregnant against her will xD

Actually, if you want to keep Andra I could keep one of my SD females... Black Sun, in particular. Either she could adopt the pup, or I can say she was Black Sun's. ^^ At least for a little while.
I played one of Bohrok's pups, Robin.

And Kaina did have a litter, but then mated with Voldemort, that's where the plot is. I'd be OK if you moved her to the new litter, or keep her where she is.

Eh, let's go ahead and disperse them.

OK, I looked it up. Andra and Robin were both Bohrok's pups. Since all her pups will be gone, Black Sun would happily adopt her. Where did you want to move them?

Dunno I want to adopt one but dunno which.

Oh okay, well if you and Night are fine with changing the theme of Kitanda's litter then that's great with me. I have more than enough reserved names I should start dipping into LOL.

Oh, cool. Were you OK with moving Tiptoe there, too? It'll be interesting, having Black Sun (who I want to rename...) in a nicer mob.
...Also Makuta will be pissed lol.
It'd be cool too if a Kitty member found her too.

Also, Moon, what did you have in mind?

Admin wrote:Oh, cool.  Were you OK with moving Tiptoe there, too?  It'll be interesting, having Black Sun (who I want to rename...) in a nicer mob.
...Also Makuta will be pissed lol.
It'd be cool too if a Kitty member found her too.

I'll have Tiptoe go where Soultouch goes. And I'm also thinking of having Alessa, Papau, and Yeyen move there too so there's ya Kitties lol. Although not original Kitties

Soultouch isn't coming back... I figured Mata Nui found her after being separated, and that's when she died, in childbirth.  That's when he takes them to the AB.

Were any of them there when Thorn's daughters were born?

Oh duh... I knew that. Lol. Tiptoe can go to AB too then, although I'm not too sure about having 5 characters there when I've never RPed there before. Still, it's the mob that makes the most sense for all of them.

I'll have quite a few there, too. Baby Rhapsody for one. I'll probably have a version of Robin reborn or... Something.

I think I'd like to move Piper to Mzuri's litter. She's going to try real hard to make mum proud, but ends up being a brat lol

Admin wrote:Also, Moon, what did you have in mind?

Maybe one from Kaina's litter? Since they have plots and such, and maybe one from Soultouch as well. Not sure about the others but I'll gladly adopt more if needed.

Zaina's pup will be a female named Daera and Soultouch will have a little boy named... Maybe Soulseer?

Well, I'll be playing one... if I can think of something xD 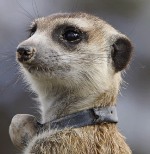 As I am binging Josephine back she was still pregnant with a litter on the last Linklu day. Is anyone still interested in keeping a their pup with/without the 'senses' theme they had?
_________________
New Group: Josephine, Mitzi, Titch
Linklu: Sanders & Jet
To be Placed:Morning Glory Let's see... I know I adopted one of Kaina's pups, his name is gonna be Lucas I believe...

As for Josephine's litter, I think I adopted Speak No Evil..?

I know I also adopted a pup from Sevuela's litter... named Tojo I think.

Woundwort was going to seduce her.  And then get pregnant.

I meant people who still wanted them... Problem is I don't know if Ratties or Rae will come back.

And I'm not keeping Emeraldheart, so I don't mind.