Last Monday my coworker and I went on a road trip to Houston and we went to the zoo. We are zookeepers so we networked and actually got to see/meet a lot of the animals! We went around the bird department, the primate department, and the carnivore department but my favorite was meeting some meerkats!

Their exhibit is so cute. It's actually pretty big. They had a lot of room to move, lots of dirt to dig in, some grass on one side if they want to hide, some good rocks and branches to perform sentry duty on. I was quite impressed. I think I dragged my coworker to their exhibit like 6 times lol.

It's soooo neat to see them doing activities in real life! Like scent marking, sun bathing, cooling off, and of course sentry duty. There was one really adorable one who climbed alllll the way to the top of their termite mound and was there like the whole time. Apparently he doesn't trust the others lol.

So towards the end of the day we met up with some of their keepers at their exhibit. They gave me some crickets to toss to them! It was sooooo cool! I do get to work with awesome animals every day but I've never got to interact with one of my favorites, MEERKATS. I was in heaven. And I just asked a bunch of questions about them.

There are 9 meerkats in their exhibit, 7 males and 2 females. This is the smallest their mob has ever been. They said that their mob doesn't actually have a dominant pair. The dominant pair died and the remaining ones are all siblings. There is a male who is more dominant over the other males but the girls are pretty old so they're just chill. Actually they are all pretty old, 9 to 13 years old. I asked about future plans for the exhibit and they said they will have to bring in more at some point but that has to be carefully timed of course because they will fight.

Their meerkats names were Christy, Bibu (the girls - Bibu was the sentry), Zamu, Kazi (older males who are actually more subordinate), Johnny, Capone, Gambino, Smootz, and KOPAKA (Pancake!!!) Smootz is their most dominant male and I could tell immediately because he was scent marking everything. He looks JUST like Zaphod! My coworker was like wtf, how can you tell them apart I was like IT'S A SKILL. Oh, the only difference is that he only has 3 legs. One of his front legs was amputated, I forgot why but he broke it somehow and it wouldn't heal so they amputated it. But he was doing just fine, digging, scent marking, running around just like everyone else! It was like he had all 4 legs. One of the other males had a big face wound and several of them had the tips of their tails amputated. Their keeper explained that of course, meerkats fight a lot but at the end of the day they are one big family. And actually she said something that was interesting because I didn't know it before: a lot of the time when meerkats fight they'll try to get the opponent to grab onto their tail because it's far away from their body and won't hurt any of their organs if it's damaged.

I asked about their diet and I don't really remember exactly but they get fruits, vegetables, mealworms, crickets, earthworms, and maybe a few other things. One thing I loved to see was that they had a lot of enrichment. Enrichment in zoos is important because it keeps the animals mentally and physically stimulated. Their keeper said they do tons of enrichment with them because they are so active and would spend the whole day foraging in the wild. It was funny because apparently most of the other keepers were kinda new so only their primary keeper was able to tell them all apart. The other keepers were practicing. She was like, yeah at first they do all look the same but when you work with them every day for 4 years it becomes second nature. I understood that because that happens with my animals too. For example, I take care of 2 cheetahs who everyone had a really hard time telling apart but since I've been working with them I can tell them apart at a glance now. 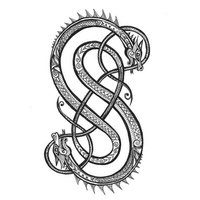 Late reply, but I'm so glad that you got to have this really neat experience! I'd love to see those pictures if you eventually decide to upload them somewhere! c:
_________________
Linklus: Lilifey | Victor
Villains: Rebe | Silvertongue | Grackle
Lavas: London
Unspeakables: Dolly | Red
Claw Shades: Blood Lily
Vermilions: Torch | Blue Moon